I don’t know how it happened, I just know that I’ve spent way more time trying to forget a person than to actually love him. It’s like I know that he feels the same way for me, but at the same time not really. In this tug-of-war I’m tugging a little bit more but the opponent is not easy to pull. You know what’s missing in this love? Happiness. I think I’ve always wanted to know how it felt to be in love. Romantic love, the kind of love Jacob and Rebecca shared, if for a brief moment.

But even then that love wasn’t always pure. It splintered into shallow and luxurious love such as seen when Isaac passed her off to some Abimelech. You know it’s recorded in our Bible that joyous romantic Isaac and Rebecca were caught in romantic courtship by Abimelech!

And what of the love in Isaac’s later life? Rebecca schemed with her younger son Jacob for the family blessing. An heirloom as precious as the covenant between God and Abraham. No I do not want a love such as that between two souls. It is impossible to maintain. Horrendous at this point, how could I love someone so much it hurts? That’s how I end up feeling about the person I love; no matter how much I love that person.

There’s a better love out there to aspire to. That’s the love of Our God. This metaphysical being; eternal and yet portrayed in the particulars of Jesus Christ as my faith professes. There’s no better love out there. Imagine being the most important person to someone. The most important possession and at the same time a treasure. That’s who we are as the individual; the particular.

I am the most important thing for the Christ. This isn’t about selfish pride; this is about sanity in the face of oppression and suffering. Life as we know is made of the fine thread of love, etched together in dignity and honor. That’s the kind of love I want to strive for. I don’t know how it happened that I the eyes of my heart fell to the charm of a person. But as always, I am convinced he is not worth it. If he was worth it, he would be more like Christ.

Not quite, he is the kindest person I know, still. I’ve never met anyone kind and selfless as he is. Even if he’s still rough around the edges. Maybe that’s just affection talking. Goodbye love, forever and indefinitely. Sometimes Ecclesiastes talks about a season for everything, and your season has eclipsed itself out of my reach. Thanks for the times we shared. 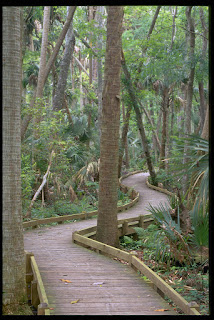 When the rubber meets the road.